CHRIS DENTON was driven by the disappointment of a previous near-miss in the Daily Mail Foursomes to go on and clinch Tadmarton Heath one of the prized spots in this year’s grand finals, writes Cara Sloman.

Five years ago Denton was knocked out in a dramatic play-off in the last 64, but this time he is celebrating qualifying for the October showdown at Slaley Hall with his friend and clubmate Keith Fisher after they survived a rollercoaster clash at Sand Martins.

The visitors were two up after ten, but Chris Occleshaw and Rob Rumble won three quick holes and went two up with three to play. Fisher sunk a vital 30 foot putt on the 16th for a birdie three and the duo then managed to take the match into extra time, eventually firing another birdie at the second extra hole to win.
A thrilled Denton, who holed a 15 foot putt to wrap up the match said: ‘This brought back some memories. Having come close before it means perhaps a little bit more. I can remember for years just following the progress of the competition through the paper. It’s fantastic to have finally made it. It was a big feeling of elation and relief.

‘It was a very long and tiring match. Most of the holes were won with a birdie or a par. Chris and Rob were model opponents. It was played in a great spirit, especially given the importance of what was at stake.’

Just 16 men’s and women’s teams will head to the finals of the world’s largest amateur golf competition and Denton stressed: ‘I think you’ve got to really know and trust your partner. The best combination are the people who have that kind of relationship.’

It is proving to be a memorable year for Denton, who celebrated his 60th birthday in April and said: ‘It’s been a big year and this is the icing on the top of a very rich cake.’ 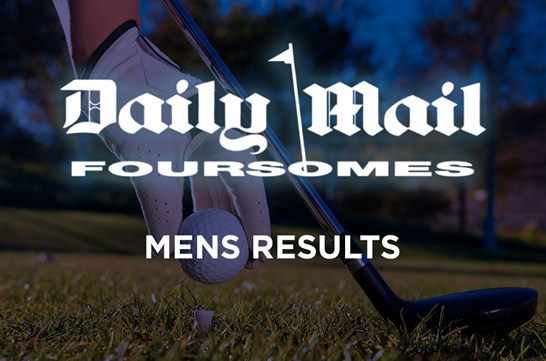