TREVOR LOTEN and Kevin Beattie are fast becoming the comeback kings of this year’s Daily Mail Foursomes after snatching Kilnwick Percy a spot in the last 32, writes Cara Sloman.

The Yorkshire duo have had to fight back from being behind in all their knockout matches and three of their ties have been decided at the first extra hole.

In the last round they were pushed all the way by Cottingham Parks’ Rob Logan and Dave Mitton at home. They were three down after four before levelling the score briefly, only to then go two down with four to play. They rallied to win the next three holes, but the visitors were not finished and won the last to take the match into extra time.

Once again the Kilnwick Percy pair handled the pressure with Beattie sinking a remarkable 20 foot birdie putt for victory at the 19th.

‘It was absolutely sensational,’ said Loten. ‘We holed no substantial putt in all day, but this one went in to win it. It wasn’t a straight putt either, there was a lot of curve on it. I didn’t think we’d have a chance this time because our opponents were single figure handicappers and had a shot on the first.’

Loten, who has just retired as a maths teacher at Pocklington School and once upon a time spotted the potential of British tennis star Kyle Edmund when he was a pupil at their Prep School, added: ‘We’re not making it easy for ourselves. We’ve been behind in every single game we’ve played early on and had to come back. We certainly are not going to give in.’

An away match at Springwater in Nottinghamshire now stands between the clubmates and a place in the October finals at Slaley Hall.

Loten admits they are going to have to do their homework if they are to make it that far.

He said: ‘Neither of us know Springwater. We’ve looked at google flyover. It looks tight. We’ll have to have a think about what we’re doing. It would be absolutely fantastic if we can get to Slaley Hall. That would be the pinnacle’. 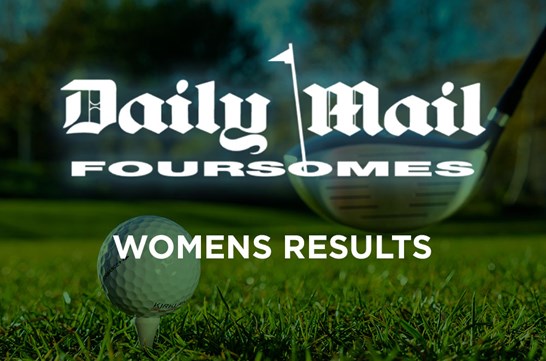