WHITTINGTON HEATH’S Chris Bailey has his dad, also Chris, to thank for ensuring the pair edged out Burton-on-Trent in a thrilling play-off for a place in the third round of The Daily Mail Foursomes, writes Cara Sloman.
The Staffordshire duo were one up going down the last, but a lucky deflection off a tree onto the final green meant Burton’s Darren Reynolds and John Drake won the hole with a par and took the duel into extra time on their home course.

Bailey snr immediately spared his son’s blushes at the first extra hole – sinking a 15-footer for a half after Bailey junior’s drive was lost – before the pair triumphed at the next.

Bailey, 27, who plays off five, laughed: ‘The match had everything going on. It was a classic comedy of errors at times. It was the most interesting foursomes match I’ve been involved with.

‘My dad played really well and carried me through. I wasn’t very good off the tee at all. I think I stuck eight of my tee shots in the middle of the trees.

'By the end of the round dad certainly had some practice hitting low punch shots out of the trees to get us back on the fairway or green.'

He continued to praise his dad, who plays for the county seniors and is a past club champion, adding: 'When he needs to find a way to make it happen, he does, like any good golfer. He’s done it loads of times over the years and it was nice he did it again to get us through.’

This year the October grand finals return to the famous Marriott St Pierre course in South Wales, and Bailey added: 'There is that carrot there. For an amateur golfer like myself to go into an event like this it is the pinnacle of the sport. Playing different golf courses, meeting new people. It such a good event for that reason.’ 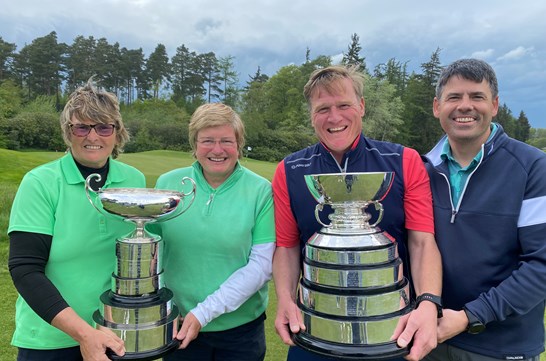 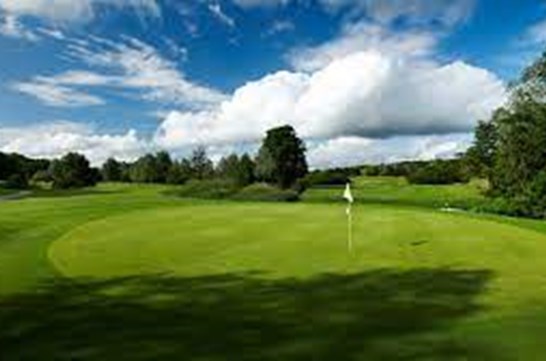